Is CBD legal in New York

CBD oil has become extremely popular in recent years. However, there are only certain situations in which it is legal. In order to be sure that the law is always followed it is critical to know the specifics as well as stay up to date on any changes that may be occurring, whether it be in New York or anywhere in the country.

In order for CBD oil to be legal for people that do not have a medical marijuana card in the state of New York it must meet certain regulatory requirements. The main requirement, which is the law in many states around the country, is that is must contain less than .3% THC. THC is the psychoactive component of marijuana that leads to people having the effect of getting high. Products that contain less than .3% THC do not have the ability to get the user high. While most products that make this claim are within the legal limits of the law it is important to be sure that the company that produces the product has a good reputation. There are some companies that do not adhere to strict standards or test their products, which could lead to the purchaser being in violation of the law if they happen to be found in possession of the product. Fortunately there is a great deal of information available regarding which companies are trustworthy and which ones should be avoided.

CBD oil that has been prescribed by a physician does not have to meet the .3% requirement. This is because it is now legal to possess a 30 day supply of medical marijuana products in the state by those that have a medical marijuana card. These cards are issued by the health department to those that face certain diseases and illnesses. Some of these illnesses include seizures, cancer, HIV, AIDS and a list of other ailments. If someone is granted the right to obtain medical marijuana they must have their card on them anytime that they are in possession of the substance and only have the amounts that have been prescribed to them. They also can only have CBD oil that is taken orally or intended to be vaporized. The cannabis flower is still illegal in the state of New York. It is also legal to trade, give away or sell CBD products unless you are registered as a distributor. Doing so can lead to serious legal charges.

The safest way to ensure that CBD oil is within the legal parameters is to purchase products that are made from the hemp plant. These plants almost always contain less than .3% THC making it nearly impossible to be in violation of the law when using and possessing this product. However, just like any product that is marketed as containing CBD it is essential to take the time to do some research. All companies do not properly test their products to ensure that they are within legal limits. This is especially true for products that are produced out of state. Doing research can greatly reduce the risk of breaking the law without even knowing it.

Being An Informed Consumer And Citizen

The laws surrounding the legality of CBD and other cannabis and hemp products are always changing. It was only relatively recent that New York made medical marijuana legal. There currently is a great deal of effort being put into making it legal for all citizens, but as of now this is not the case. By staying informed it reduces the chances of unknowingly breaking the law. While the law currently allows people to possess CBD that contains less than .3% THC that law in itself could change at any time. Legislators are constantly proposing bills that could be passed at any time. Staying informed on what is being proposed and considered at a state level will not only help you to always stay within the law, but it can also inform you as to political action that may need to be taken. This can include voting for different politicians, contacting representatives or even joining organizations that are working to change the laws on your behalf.

Laws Around The Country

Every state has different laws when it comes to CBD oil and other cannabis and hemp products. While something can be completely legal in one state that does not automatically mean that it is legal in another. For example, possessing a medical marijuana card from one state does not mean that it is legal to possess CBD with THC in the state of New York. People must have a card that has been issued by the state of New York in order to be sure that they are within the law of the state. The same is true for thsoe that may possess CBD that has less than .3% THC. Even though it is legal to possess it in the state of New York, there are other states in the country that have a zero tolerance policy. Even though it has been made legal at a federal level, all states are not following that law. While they are effectively breaking the law, it does not mean that people won’t go to jail for possessing even the smallest amounts of THC. Before leaving the state of New York it is critical to be sure to know the laws in other areas as well. Doing some research is the best way to ensure that criminal charges aren’t faced when traveling around the country.

Many people believe that CBD in any form is legal around the country, but that simply is not the case. It is important to stay on top of the laws anywhere that someone might travel. Knowing the differences around the country and locally will greatly reduce the risk of being in violation of the law without even meaning to. Pleading ignorance will not prevent a criminal conviction, especially in the most strict areas. 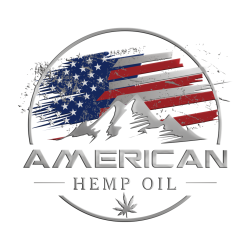 Owner at American Hemp Oil
I am the co-owner of American Hemp Oil. I love to share my love and knowledge of CBD Hemp oil with the world and place people in the right direction for success with our products and be 100% transparent to help a customer achieve their goals of a pain-free life.

Presidents Day Sale. Buy 2 Get 1 Free on ANY produ

New Blog Post: What do you know about Hemp Protein

New Blog Post: How CBD Made Its Way To The World O

New Blog Post: Buying CBD on Amazon when its not a

Merry Christmas and Happy Holidays to all.. Shop a

Your coupon code is valid for